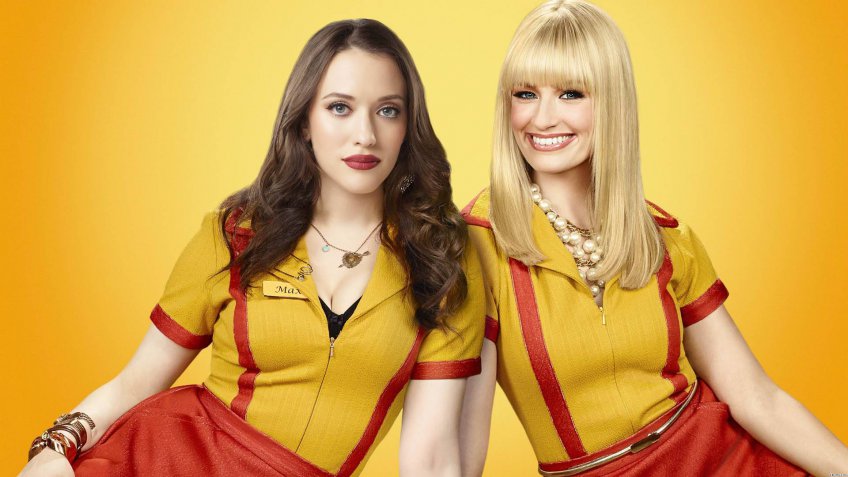 See the status box below for the most up to date return date info for Season 7 of 2 Broke Girls:

Bookmark or keep this page handy so you don’t miss the return of 2 Broke Girls!

2 Broke Girls is a comedy about the unlikely friendship that develops between two very different young women who meet waitressing at a diner in trendy Williamsburg, Brooklyn, and form a bond over one day owning their own successful cupcake business. Only one thing stands in their way – they’re broke. Sarcastic, street-smart, Max Black met the sophisticated, school-smart, Caroline Channing when the uptown trust fund princess was having a run of bad luck due to her father’s Wall Street scandal, which caused her to lose all her money and try waitressing. Max was surprised that Caroline had as much substance as style. Caroline learned that Max had a knack for baking cupcakes and visualized a lucrative future for them. With some financial help from a friend, they opened a cupcake shop, lost the shop, then opened an after-hours cupcake window at the diner, where they’re now trying to build their business while continuing to wait tables. At the diner, they’re surrounded by their offbeat, colorful “work family” – Oleg, the overly flirtatious cook, Earl, the hip 75-year-old cashier, Han, the eager-to-please owner of the diner, and Sophie, the girls’ outrageous upstairs neighbor. As the girls work their way together out of “broke,” they realize they’re much more alike and that there’s much more to like about each other than they thought.