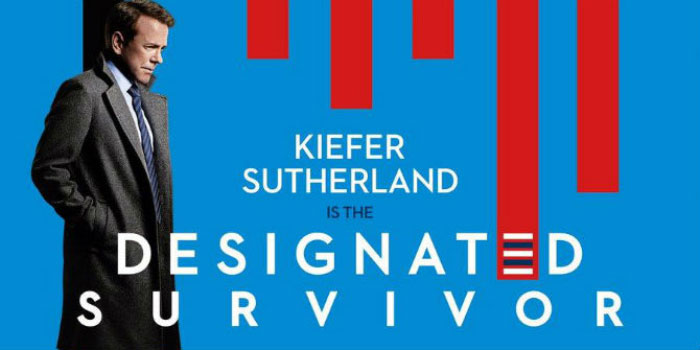 See the status box below for the most up to date return date info for Season 3 of Designated Survivor:

Don’t miss the release of Designated Survivor: bookmark this page or subscribe below to get our free release date alerts!

Kiefer Sutherland stars as Tom Kirkman, a lower-level cabinet member who is suddenly appointed President of the United States after a catastrophic attack on the US Capitol during the State of the Union. Kirkman will struggle to keep the country and his family from falling apart, while navigating the highly-volatile political arena and leading the search to find who is responsible for the attack.