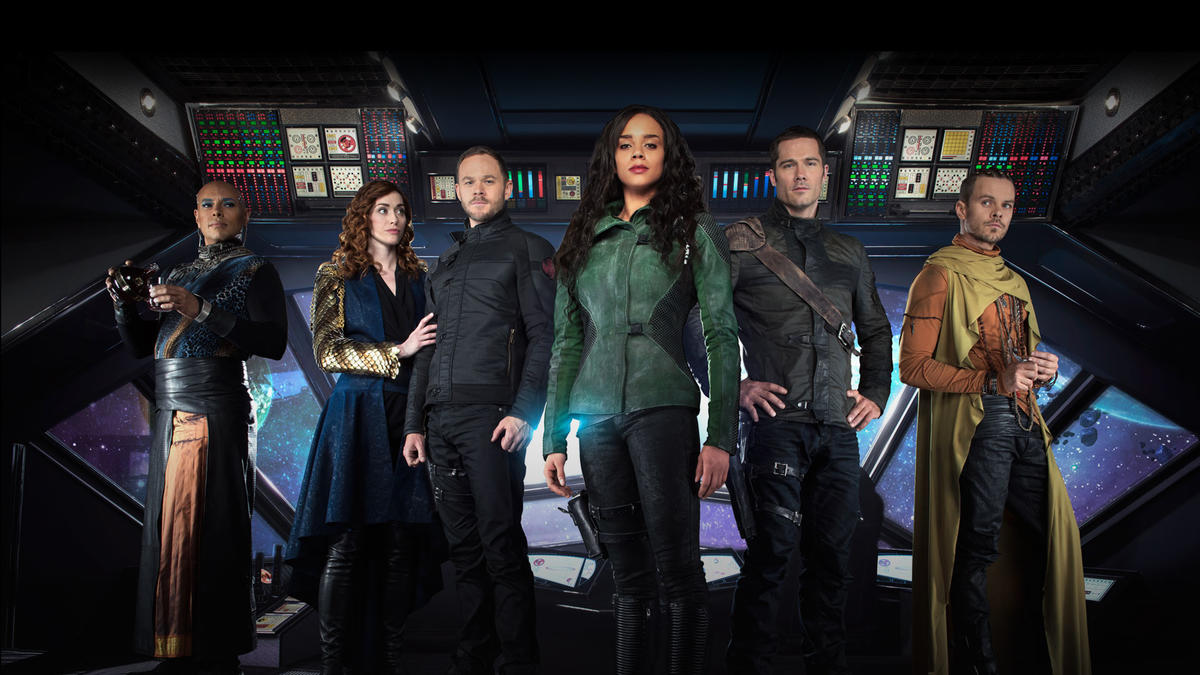 Has Killjoys TV show been cancelled or renewed for Season 3? When does Killjoys Season 3 start? Want to know the Killjoys Season 3 premiere date? You’ve come to the right place! We constantly research the news to bring you the latest release date for the new season of Killjoys.

See the status box below for the most up to date return date info for Season 3 of Killjoys:

Killjoys Renewed for Season 3 By Syfy

Bookmark or keep this page handy so you don’t miss the return of Killjoys!

Killjoys follows a trio of interplanetary bounty hunters - or “killjoys” - sworn to remain impartial as they chase deadly warrants throughout the Quad, a distant system on the brink of a bloody, multiplanetary class war.

Following the Season 1 cliffhanger, Dutch (Hannah John-Kamen), John (Aaron Ashmore) and D’avin (Luke Macfarlane) hit the ground running to uncover Dutch’s duplicitous and mysterious childhood mentor, Khlyen’s (Rob Stewart) secret agenda. As shocking truths are revealed, Dutch, D’avin and John realize the Quad’s notorious criminals are no match for the threat within the Reclamation Apprehension Coalition (RAC). The Killjoys’ loyalties are tested as they struggle to find the balance between politics, family, and the good of the Quad. With so much on the line, they begin to wonder if the warrant is indeed “all.”