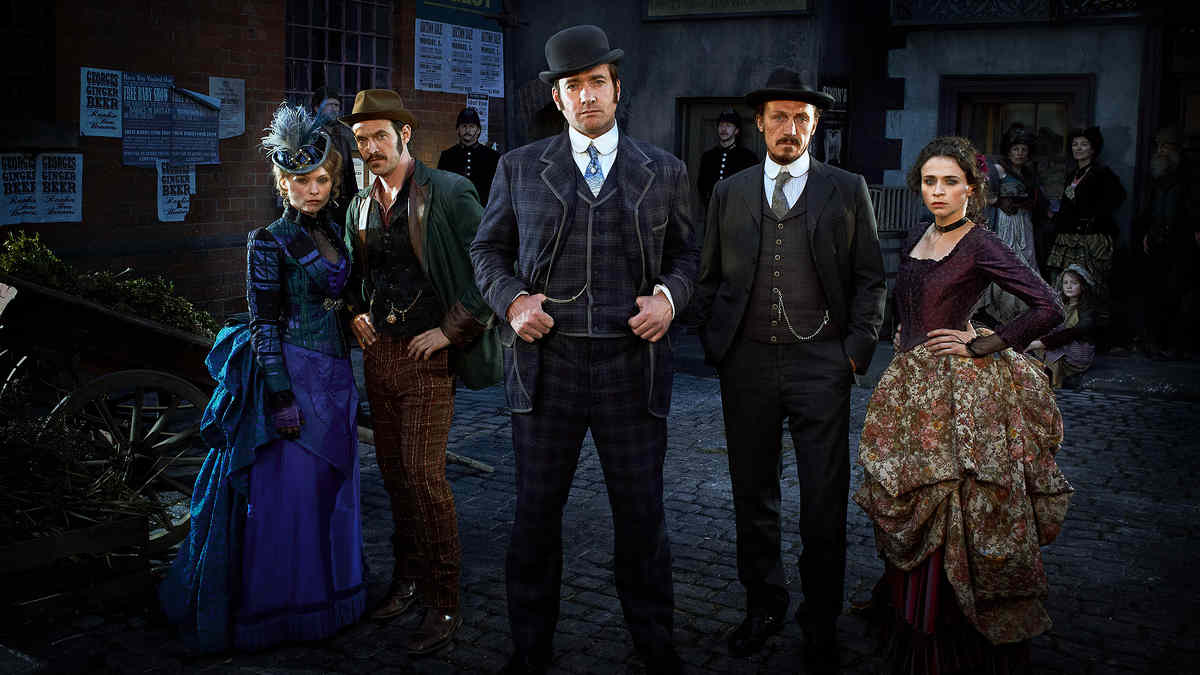 “WHITECHAPEL IS LIFE AND ALL ITS WILD AND ROTTEN SPLENDER”

Picking up in in the summer of 1897 with Queen Victoria celebrating her diamond jubilee, Reid, who has retired from his detective work, finds himself drawn back to Whitechapel after discovering that an old friend is set to hang for a brutal murder he’s convinced he hasn’t committed. Meanwhile, Detective Inspector Bennet Drake has now risen to the Head of H Division, holding a position of trust and status in Whitechapel. Moreover, he’s now married to the love of his life, Rose Erskine (Charlene McKenna, Skins). Also returning this season is MyAnna Buring (Prey, Downton Abbey) as Jackson’s wife Long Susan Hart – now only weeks away from being executed for her part in the locomotive disaster that killed 55 people. Time is running out fast for Long Susan – will her husband find a way to help her escape the death sentence before it’s too late?

Ripper Street is a Tiger Aspect and Lookout Point production in association with Brown Bear Films for Amazon and BBC Worldwide, co-produced with BBC AMERICA.