You are here: Home / Chicago Med / When Does Chicago Med Season 5 Start on NBC? (Renewed) 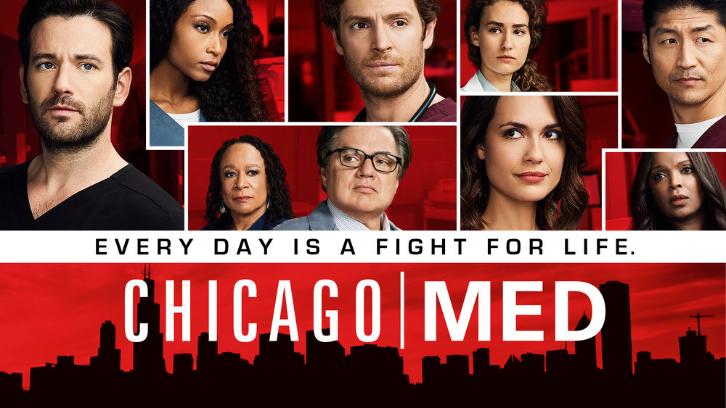 See the status box below for the latest Season 5 of Chicago Med return date news:

Don’t miss the release of Chicago Med: bookmark this page or subscribe below to get free weekly release date alerts!

April Sexton (Yaya DaCosta) is a smart, bold and intuitive ER nurse who is newly single, having broken off her romantic relationship with Ethan. Maggie Lockwood (Marlyne Barrett) is the confident charge nurse and the eyes, ears and brain of the emergency department. Lending his skills in the ER is April’s ambitious brother, Dr. Noah Sexton (guest star Roland Buck III).

Together, they will confront Chicago’s most critical medical cases and challenging ethical dilemmas with courage, compassion and state-of-the-art treatment. Inspired by ripped-from-the-headlines cases, “Chicago Med” will weave cutting-edge medicine with the personal drama that comes with working in such a high-intensity environment. Through it all, familiar faces from “Chicago Fire,” and “Chicago P.D” will intertwine with Chicago’s finest medical heroes.