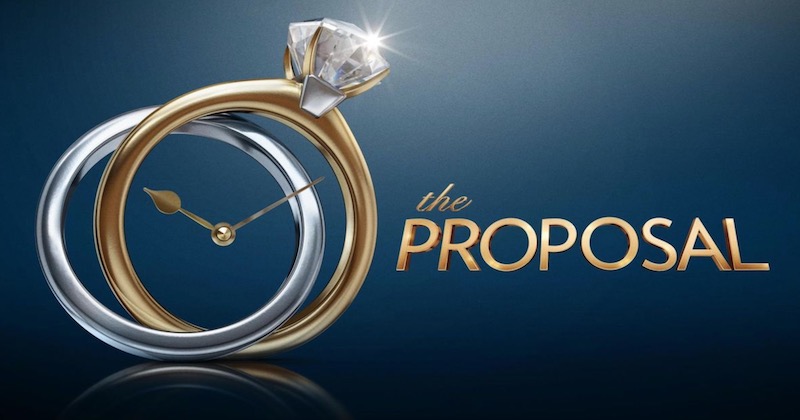 See the status box below for the most up to date return date info for Season 2 of The Proposal:

The Proposal Cancelled for Season 2 By ABC

Bookmark or keep this page handy so you don’t miss the return of The Proposal!

The Proposal (ABC) canceled after 1 season.

The Proposal featured eligible singles competing in pageant-style rounds to win the heart of a mystery suitor or suitress who they wouldn’t meet until the end of the episode.