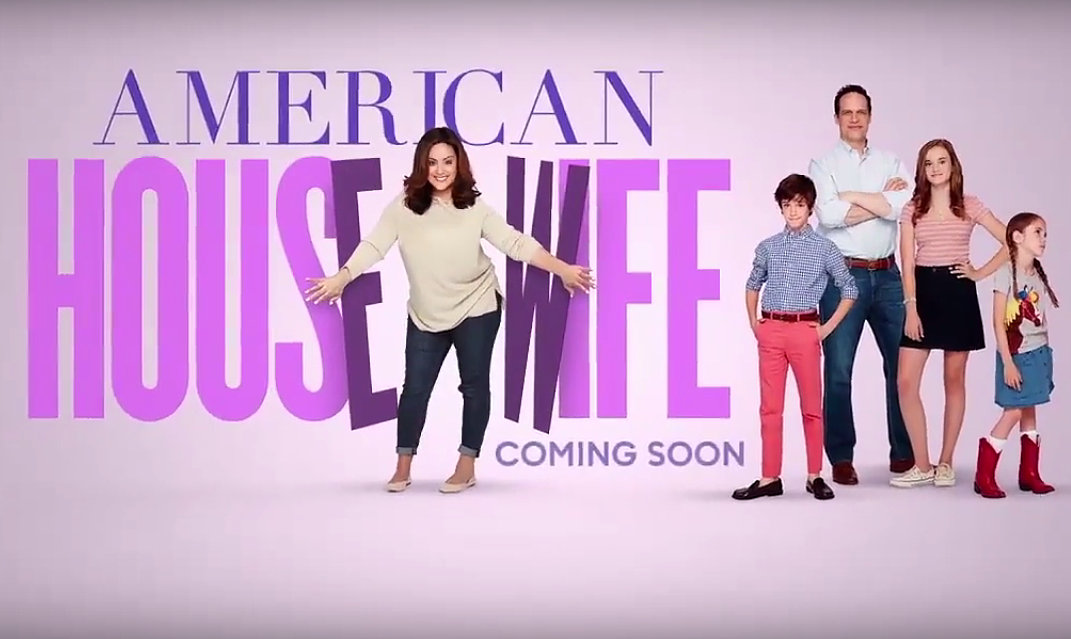 See the status box below for the most up to date return date info for Season 2 of American Housewife:

Bookmark or keep this page handy so you don’t miss the return of American Housewife!

Katie Otto (Katy Mixon, “Mike and Molly”), a confident, unapologetic, plump wife and mother of three, raises her flawed family in the wealthy town of Westport, Connecticut, filled with “perfect” mommies and their “perfect” offspring.  She lets us in on her deepest, most unfiltered thoughts through voiceover as the she lives her life as the second fattest housewife in Westport. The series stars Katy Mixon as Katie Otto, Diedrich Bader as Jeff Otto, Johnny Sequoyah as Taylor, Daniel DiMaggio as Harrison, Julia Butters as Anna-Kat, Carly Hughes as Angela and Ali Wong as Doris. American Housewife is written by Sarah Dunn (“Spin City,” “Bunheads”) and produced by Kapital Entertainment and ABC Studios.