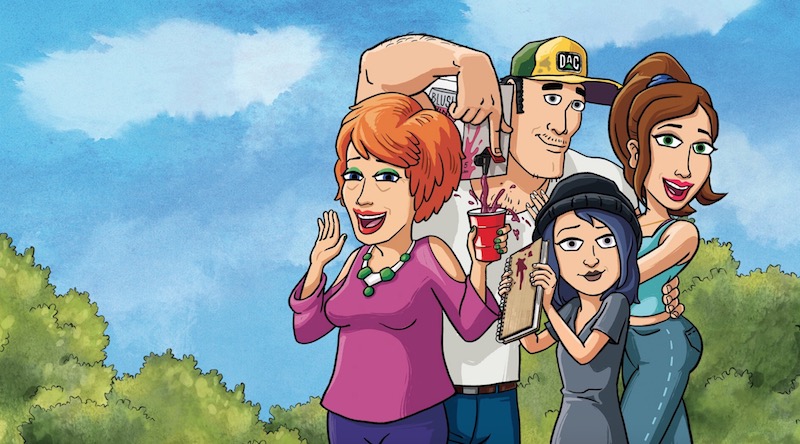 See the status box below for the latest Season 2 of Bless the Harts return date news:

Don’t miss the release of Bless the Harts: bookmark this page or subscribe below to get free weekly release date alerts!

About Bless the Harts

In the series, JENNY HART (Academy Award and Golden Globe nominee Kristen Wiig, "Bridesmaids," "Saturday Night Live") is a single mother supporting her family working as a waitress in the small town of Greenpoint, NC. While Jenny's the head of her family, she's often at odds with, or scheming with, her lottery scratcher-obsessed mother, BETTY (Emmy Award and Screen Actors Guild Award nominee Maya Rudolph, "The Good Place," "Bridesmaids"), and her witty, creative daughter, VIOLET (Emmy Award nominee Jillian Bell, "Workaholics," "Fist Fight"). Jenny's doting, eternal optimist boyfriend of 10 years, WAYNE EDWARDS (Ike Barinholtz, "Neighbors," "Blockers"), is the love of her life and a surrogate father to Violet. He's a charming dreamer who may never hit the big time, but he's not going to give up the fight. Jenny's even got a bit of divine power in her corner, as JESUS (Academy Award nominee Kumail Nanjiani, "The Big Sick," "Silicon Valley") regularly appears to her while she waits tables at neighborhood restaurant The Last Supper. In the end, the Harts may not have much, but they may just have everything they need.