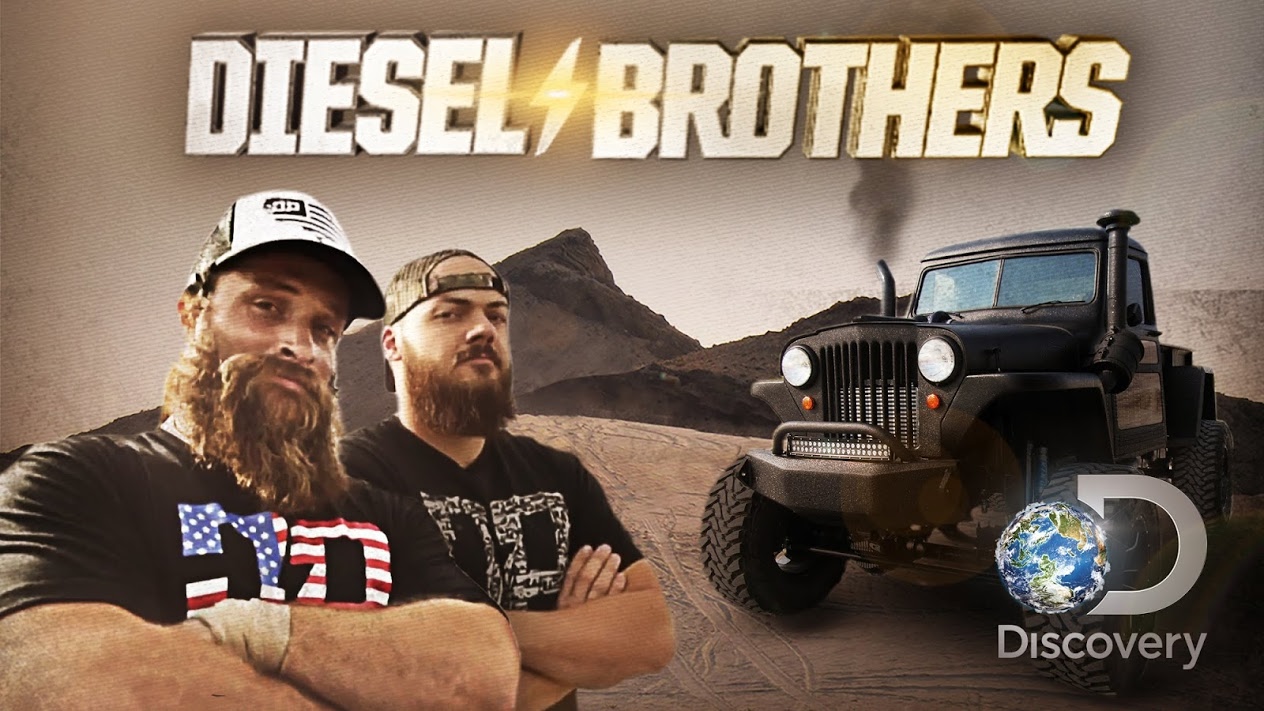 See the status box below for the most up to date return date info for Season 2 of Diesel Brothers:

Subscribe below to get our free release date alerts, bookmark or keep this page handy so you don’t miss the return of Diesel Brothers!

(New York) – When it comes to the building and selling the most outrageous diesel vehicles on the market, Heavy D and Diesel are the ultimate masterminds. The team at DieselSellerz works hard and plays even harder, bringing their tricked out trucks to fans across America and the internet, showcasing their stunt driving and pranks along the way. Heavy D, Diesel Dave, Redbeard, The Muscle and the rest of the team at DieselSellerz have built an empire and the all-new season of the hit show, DIESEL BROTHERS, premieres January 16 at 10pm ET/PT. DIESEL BROTHERS launched during Discovery’s “Motor Mondays” in early 2016, pulling more than 2 million viewers per episode and is currently the network’s highest-rated new series in adult 25-54 in more than two years.

In a business of finding, fixing, and flipping, the limit for creativity is sky high – and the crew is always looking for innovative giveaway opportunities for their loyal fans. This season, builds include a beat-up Chevy Duramax turned into a Monster Truck and a chopped Ford Powerstroke with roll cage and hydraulics that somersaults forward. The mega builds and signature truck giveaways are serious business and this season, looking for tricked-out extreme diesel trucks are former running back Marshawn Lynch and actor Chuck Norris.

In between hysterical stunts and pranks, the team puts in serious muscle to one-up their previous projects. Having reeled in distinguished celebrities and at the peak of their success, their only competition is with themselves.