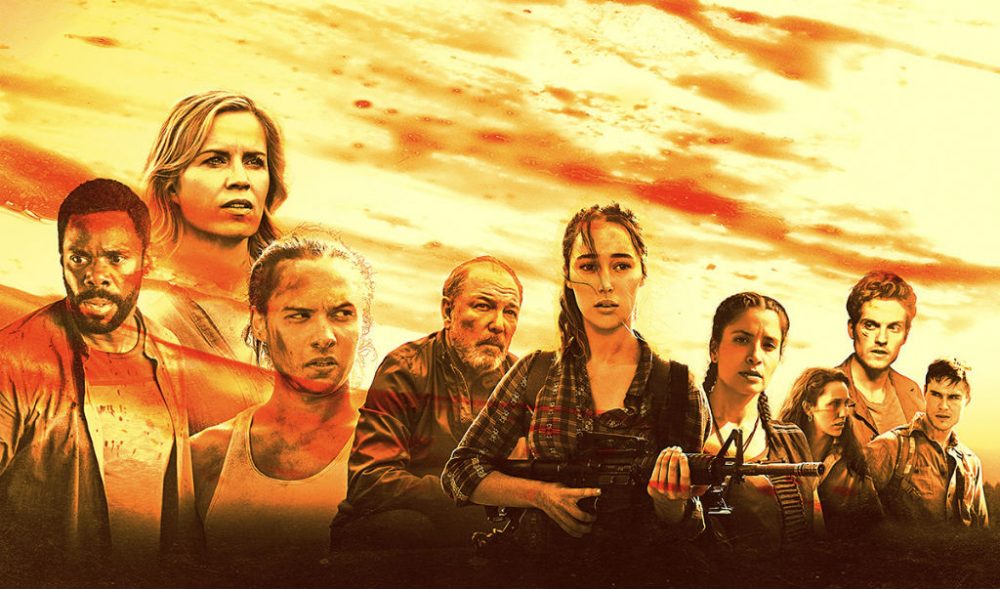 See the status box below for the most up to date return date info for Season 4 of Fear The Walking Dead:

Don’t miss the release of Fear The Walking Dead: bookmark this page or subscribe below to get our free release date alerts!

About Fear The Walking Dead

“We're very excited to continue the journey of ‘Fear The Walking Dead,’ and truly look forward to working with the talented team of Andrew Chambliss, Ian Goldberg, and Scott Gimple,” said Joel Stillerman, president of original programming and development for AMC and SundanceTV.

“We are thrilled to be joining ‘Fear The Walking Dead’ and couldn't be more excited to work alongside the wonderful team at AMC on this show,” said Chambliss and Goldberg. “We love this universe and are truly honored to have the chance to contribute to it.”

In the second half of its second season, “Fear the Walking Dead” averaged 5.3 million viewers per episode, including 3.4 million adults 25-54 and 3 million adults 18-49 in Nielsen live+3 ratings, firmly establishing “Fear” as one of the top shows on cable.

AMC previously announced that “Fear the Walking Dead” showrunner Dave Erickson would be transitioning off of the show upon completion of production of season 3 to develop new products for AMC Studios.