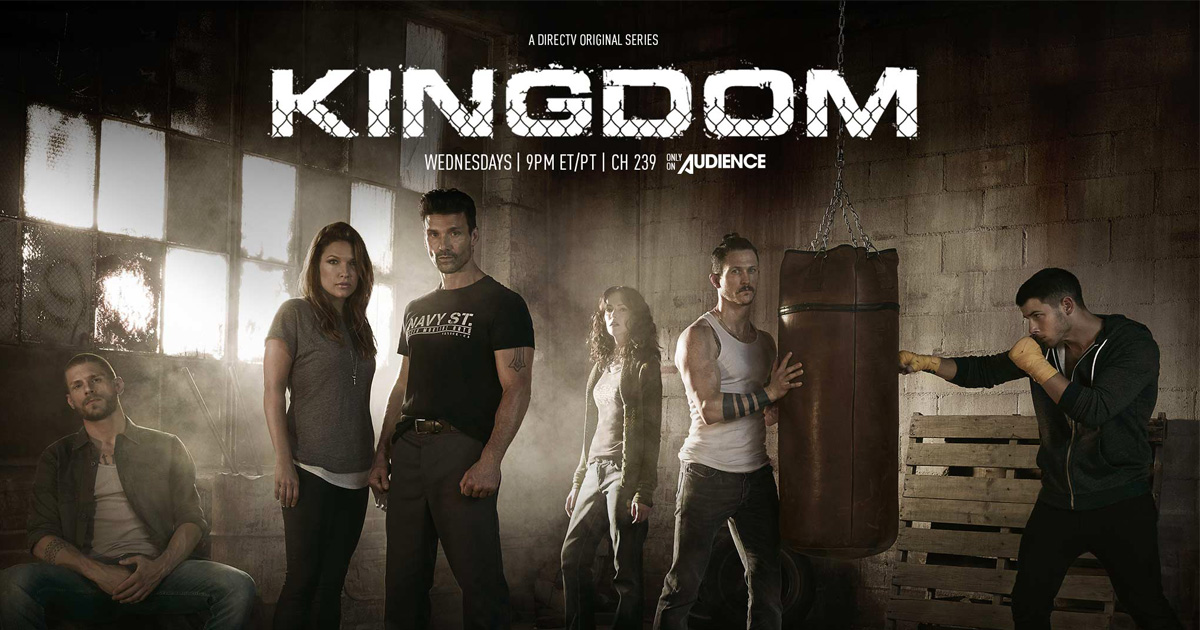 Kingdom TV show cancelled or renewed for Season 4? When does Kingdom Season 4 start? Searching for the Kingdom Season 4 premiere date? You’ve come to the right place! We constantly research the news to bring you the latest release date for the new season of Kingdom.

See the status box below for the most up to date return date info for Season 4 of Kingdom:

Subscribe below to get our free release date alerts, bookmark or keep this page handy so you don’t miss the return of Kingdom!

Kingdom Season 3 release date - May 31, 2017 on AT&T's Audience Network. The network has cancelled the series after three seasons, opting not to continue the MMA drama series into Season 4.

Frank Grillo stars as Alvey Kulina, a mixed martial arts legend and owner of Venice, California-based Navy St. MMA gym. Kiele Sanchez returns as Lisa Prince, Alvey's former girlfriend and manager of the gym and their fighters. Matt Lauria plays Ryan Wheeler, a champion with a violent past. Jonathan Tucker is Jay Kulina, Alvey’s older son and a force both in and out of the cage. Nick Jonas returns as Nate Kulina, Alvey’s younger son and a once-promising fighter determined to work his way back to the top of the sport. Joanna Going plays Christina Kulina, Alvey’s estranged wife and mother to Jay and Nate.

Acevedo is currently shooting season 3 of the hit SyFy series “12 Monkeys.” He recently wrapped filming Blumhouse’s, “Insidious 4,” which is coming to the big screen next year and previously starred in the film “Dawn of the Planet of The Apes.” Other television credits include “The Walking Dead,” “Prime Suspect,” “Band of Brothers,” and “OZ.” He is represented by Abrams Artists Agency and managed by Stacy Abrams.